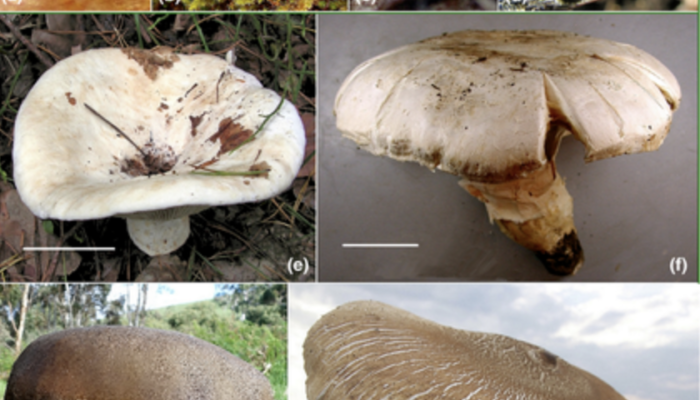 Mushroom sizes are environmentally driven across the planet

A lot of my research involves identifying drivers of global-scale patterns in biodiversity. One of the more well-known patterns is the higher levels of biodiversity observed closer towards the equator. This has often been measured using the number of species in a given area (species richness). However, there are many ways to measure and characterize biodiversity and one of these can be body size. Body sizes are linked to the physiology (e.g. energy consumption and usage) and ecology (e.g. trophic position) of an organism and therefore understanding how size is spatially distributed can help us understand why biodiversity is organized across the planet in the context of biomass, energy, and the function of different organisms.

Of course, dealing with global-scale data is not easy and the biggest hurdle is often the process of obtaining enough data to identify global patterns. As a result, many different groups of organisms have yet to be evaluated at a global scale, especially in the context of body size. Fortunately, a recent study (Bassler et al., 2021) has improved the taxonomic scope of global-scale biodiversity studies. The study reveals that the size of mushroom-forming fungi varies across the globe and are driven by both spatial and environmental conditions.

The authors of the study collected data on the size and location of 5,340 species of mushroom-forming fungi by going through the scientific literature and ran statistical models to test a variety of hypotheses relating to how size may change under different conditions. What they found was that mushroom sizes increased then decreased as their distance from the equator increased—a hump-shaped relationship (Figure 2). As such, there was a peak in mushroom size ~3300-4400 kilometers north or south of the equator. They also found support for a hump-shaped relationship between size and temperature (Figure 3). They link the relationship between size and temperature as indicative of how thermoregulatory properties of size likely influence where different sized mushrooms can grow. So for mushrooms that are in extremely cold or hot environments, having a smaller size can help them cool off or heat up very rapidly.

I think this is a very timely study as biodiversity scientists have been trying to move beyond explaining global biodiversity through just species richness. I do believe different traits such as size can be very telling of other characteristics of biodiversity (e.g. the effect of an organism on an ecosystem). Furthermore, because the amount of data necessary to carry out analyses at global scales is not easy to wrangle, studies such as these are one of few ways that we can examine biodiversity at the planetary scale. The focus on fungi is especially interesting as fungi represent an entire kingdom of life that has not received as much attention compared to the animal or plant kingdoms.

One criticism that global pattern studies such as this often receive is that some consider it a “pattern-finding” expedition. I think this study does an excellent job of grounding their research in valid hypotheses and subsequently testing these hypotheses. Rather than searching for patterns, this study sets up valid or logical assumptions to craft testable hypotheses which provides a more confirmatory aspect the study.