Animal migration shapes the structure and function of ecosystems worldwide and is common across taxonomic groups. Despite its importance, there are key gaps in our understanding of animal migration, including fundamental questions about which species migrate and which life-history traits enable and facilitate migration. My research centers on developing interdisciplinary methods to detect and study migration at the macroecological scale, with a particular interest in identifying the evolutionary drivers and conservation priorities. I apply my research with a particular focus on bats (Chiroptera), which despite being among the most diverse and mobile mammal groups, is also one of the most poorly understood.

At UFBI, I intend to extend my research on developing a stronger mechanism-based understanding of constraints on bat migration. To do so, I am developing a framework to quantify migratory strategy based on occurrence records, such as museum specimens and observations shared on community science platforms like iNaturalist. I hope to apply this framework to model the seasonal shifts in bat distributions at a broad geographic scale, as well as to quantify the migratory strategies employed to produce those shifts. Beyond my interests in migration and conservation ecology, I am also passionate about open science and environmental outreach. 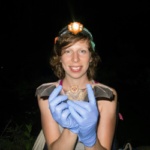 I am a PhD student in Gustav Paulay’s lab in the Invertebrate Zoology Department at the Florida Museum of Natural History. My research explores the interplay of connectivity and environment in driving asteroid species distribution across the Indo-West-Pacific. During the 2022-2023 academic year, I will use phylogenetic and morphological approaches to estimate diversity and genetic connectivity across this diverse region, specifically focusing on collections from recent BioBlitzes in Oman and other localities around the Arabian Peninsula. This region is of particular interest due to the steep environmental gradients such as wide ranges in temperature, salinity and nutrient levels. Additionally, marine invertebrate diversity in this region is poorly documented, with preliminary data showing many morphologically cryptic species complexes. I will sequence asteroid genera with a diverse array of life history strategies and identify patterns of genetic restriction. I then plan to determine the contribution of larval strategies and currents to patterns of connectivity, in addition to using ecological niche modeling to explore ecological drivers shaping distribution in this region. I ultimately hope to facilitate a better understanding of the multiple drivers of diversity, allowing for more effective conservation and management of ocean ecosystems. 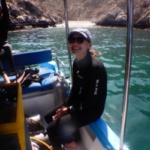 I am a Ph.D. candidate in the Soltis Lab at the Florida Museum of Natural History and the Department of Biology. I obtained my Bachelor’s degree in biology and teaching and my Master’s in plant biology from the State University of Campinas, in Brazil. My current research focuses on exploring patterns of plant and cultural diversity in the campos rupestres, a grassy and rocky area located on mountain tops of Brazil. I am interested in bridging Western scientific knowledge and traditional ecological knowledge, especially where it relates to biocultural conservation efforts. I am also interested in finding creative ways to translate research to the public, contributing to outreach and educational efforts. 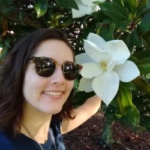 I study morphologically and species-diverse amphipod crustaceans. Amphipods are important prey items that support fish consumers and decomposers that recycle nutrients, but knowledge of benthic species remains limited because many coastal groups are poorly sampled and challenging to identify. Therefore, I am using broad geographic sampling of biodiversity hotspots and phylogenomics to understand the evolution and ecology of benthic amphipods. As a UFBI fellow, I will use my research to facilitate an interdisciplinary biodiversity survey of marine invertebrates in southern Peru to collect new biogeographic, phylogenetic, and anthropological invertebrate data. Specifically, I will work with FLMNH, UF Archaeology, and established Andean collaborators to (1) characterize the local invertebrate fauna, (2) expand phylogenetic coverage of my study taxon, and (3) generate an interdisciplinary database for species identification. 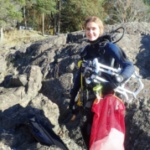 I have a degree in both Biology and Geology, and I am currently working at Dr. Brent Christner’s lab. My current Ph.D. research focuses on the geomicrobiology and microbial ecology of the Upper Floridan Aquifer (UFA). The UFA is a large karstic subsurface water reservoir that spans underneath the whole peninsula of Florida, as well as parts of southern Georgia and Alabama. This aquifer is critical for the human water supply and to nurture several surface ecosystems in these areas. However, not much information is known about the microbial communities that live here. My goal through my Ph.D. research has been to characterize microbial populations that live in geochemically distinct parts of the UFA and understand their contribution to carbon and greenhouse gas cycling. Besides the implications that these processes can have to preserve the health of these natural communities, the energy limited conditions of some parts of the UFA make it ideal to understand adaptations of life that can be applied to astrobiology questions that can help for the search of life in similar settings beyond Earth, like subsurface environments on Mars or underneath the ice shells of Europa or Enceladus. Finally, I believe in the importance of disseminating this science to generate awareness about this research topic among the general public, hence my interest in developing outreach projects as well. 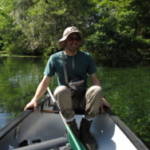 I am interested in the impacts of human disturbance on avian acoustics in Florida. Some of my work has been focused on a single species, the state bird of Florida, the Northern Mockingbird.

My MS work looked at the effects of urban noise on mockingbird song frequency and was published in the Auk.

One chapter of my PhD centers on how urbanization influences mockingbird vocal mimicry behavior. Turns out mockingbirds mimic fewer species and mimic less often in urban environments compared to suburban, ex-urban, and pineland areas! The reasoning is largely twofold: a) there are fewer species to mimic in urban areas and b) mockingbird song structure is very dissimilar to that of urban bird species, meaning it is harder for mockingbirds to mimic urban bird species than rural species.

Birds need to communicate effectively in order attract mates and ward off competitors. Certain acoustic signals transmit best in a given habitat, ie low frequency/pure tones travel further in forests compared to open fields. Given this, do all species occupying forested habitats possess songs with low frequencies and high levels of tonality? If so, this would comply with the acoustic adaptation hypothesis.

Do species sing at random times throughout the morning/dawn chorus or is there temporal structure? Imagine trying to talk to someone at the end of the hall while 10 others are talking at the same time. Wouldn’t it be easier to just wait until everyone else stopped talking? Perhaps bird species try to avoid singing at the same time as others, especially those that sound similar to them, in order for their song to be heard more clearly. If true, this would comply with the acoustic niche partitioning hypothesis. 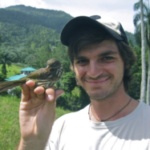 My life and research interests are focused on deepening my knowledge in managing Marine Systems.  While working as a marine biologist, I realized the essential role of human populations in the conservation of marine and coastal systems. In line with this interest, My Ph.D. research is focused on identifying strategies that motivate communities and the barriers they face to restore and conserve coral reefs. 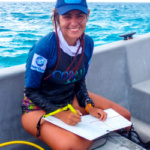