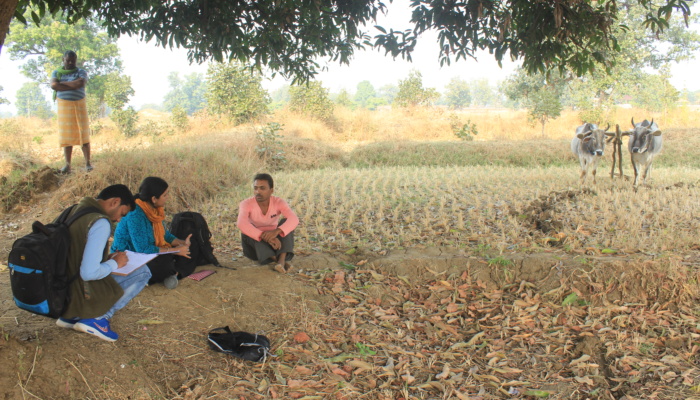 Is it enough to be ambitious to reverse biodiversity loss?

Ecology students are aware of and familiar with the threats that biodiversity faces in general due to human activities. The requirement of land and the consequent transformation of forests to agricultural areas to fulfill our needs for the 3 F’s (food, fiber and fuel) are among the biggest contributors to biodiversity loss, climate change and the spread of zoonotic diseases like COVID-19.

International agreements set targets for signatory countries to offset their carbon emissions, bring land under protection and restore degraded and modified ecosystems. The Aichi Targets, under the Convention on Biological Diversity (CBD) set several different targets in 2010, including the protection of 17% of the world’s ecosystems by 2020. A recent article in Nature notes that none of the 20 targets that were set for biodiversity have been met, while only 6 have been partially achieved.

Unfortunately, many of these international agreements and targets just remain on paper as they are not legally binding. Putting in place mechanisms and structures to meet these targets are dependent on national governments. It is the inaction of the global leaders that stokes the anger in the Greta Thunberg’s of the world who demand more accountability.

While the new draft of CBD is prepared with perhaps even more ambitious targets, United Nations has declared 2021-2030 as the “UN Decade on Ecosystem Restoration”. Bringing more public lands under protection, although seems the most logical solution to prevent deforestation, it is a challenging proposition. This is just one of the many reasons why countries have been faltering to meet goals (besides any lack of political will, of course).

Many tropical countries that are biodiversity hotspots are also developing countries where people have low per capita incomes. Marginalized communities living in and around forested areas are dependent on these areas for basic livelihood needs, such as access to fuelwood to cook their next meal. Many communities also have cultural affiliation to forests. Debates among different philosophies of conservation often revolve around these themes of adopting exclusionary, preservationist approaches to maximize biodiversity protection. Counter to these methods are integrated approaches that contribute to the socio-economic development of people without displacing them. These debates go on and we continue to lose public lands to much more potent threats of forest diversion for mining and other infrastructural development. The pressure of development lobbies is so immense that existing protected areas are sometimes de-notified and downgraded, leaving one to question the vulnerability of these areas. It was in this context that I started thinking about the role of private- and community-managed lands and how they could contribute towards conservation.

For my research, I read case studies from around the world where local communities are conservation stewards. There are several models that have been tested across different countries and adapted to each region’s unique socio-political and economic realities. Interventions by governmental and non-governmental organizations incentivize people to protect forests on their private lands or to restore agricultural/modified areas by making them biodiversity friendly. Some of these programs have shown success in not only conserving biodiversity, but also uplifting communities out of poverty traps and by offsetting their dependence on forested areas. My research grew out of these case studies to examine what kind of incentive-based models may work in a country like India where more than one billion people share space with some of the highest densities of megafauna including tigers, elephants and rhinos. I am interested to see if farmers living on the fringes of protected areas, owning private lands, are amenable to modify their land-use. And if yes, then what are the factors that would drive their decision-making and what are the appropriate incentives.

The process also does not end with making landscapes more biodiversity friendly – when wild animals occur on private lands, there are imminent interactions that take place. Some of these interactions may be manifested negatively through loss of domestic livestock or human injury/death. Any potential conservation intervention on private lands, therefore, also needs to establish mechanisms to manage the consequences.

Projects that address the dual objectives of conservation and supporting local livelihoods are encouraging. There are still many unanswered questions regarding who pays for such interventions. After all, such approaches are market-based instruments that depend on the economics of demand and supply, whether its of sustainable agriculture or ecosystem services. They are still at the mercy of funding from governments, venture capitalists and philanthropists. In such situations then does the field of conservation have the capacity to be independent and sustain itself without aid that is in the hands of decision-makers? What are the other potential trajectories that can be considered in order to meet global targets to reverse biodiversity loss?