Feeding your wild soul while contributing to science 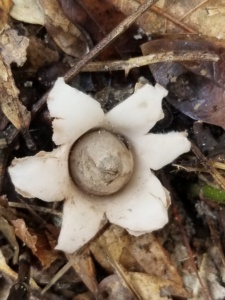 About six months ago in the midst of the pandemic, I started going for hikes around Gainesville to spend time outdoors. Being a wildlife biologist myself and having been away from working in the field for almost a year, these hikes allowed me to be around nature again. A botanist friend started helping me identify different species of plants and fungi. This is when I was also introduced to iNaturalist.

iNaturalist may be the largest citizen science platform in the world that helps take inventory on biodiversity from across the planet. People can contribute their observations belonging to any taxa and one can see records of the same species that were made in another region and at different points in time. Such an extensive dataset on biodiversity can help monitor seasonality of flowering plants, migrations of birds, butterflies, and mammals, verify and expand the known extent of species ranges, identify spread of invasive species, and keep a check on local extinctions among many other potential uses. Such monitoring becomes even more pertinent in the context of climate change and other human activities. 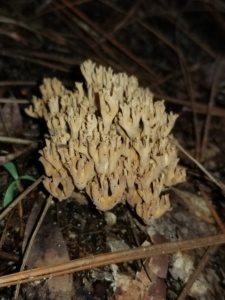 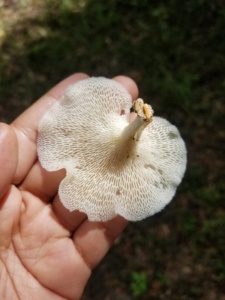 One of the most useful features of iNaturalist for me has been their tool to identify the species from its photograph using artificial intelligence. The AI features shows species that closely resemble your contribution or that have been observed nearby. Once an observation is assigned its closest match, other users (including naturalists, scientists, and other experts) can confirm or correct the species ID. For someone like me who is largely and exclusively familiar with mammals and birds, being able to record and identify caterpillars, spiders, mushrooms, flowers etc has been an exciting revelation. Within a period of 3 months, I submitted nearly 150 observations belonging to about 90 different species, only from within Gainesville! This encouraged me to start contributing my observations of different species of flora and fauna from my fieldwork in India, spanning nearly 12 years! Some of my observations from 2011 are the only records of the species on iNaturalist and some are also new records for certain regions!

When I started working on wildlife and conservation related issues over a decade ago, it was the love for and joy of natural history that pulled me into this field. I would spend entire weekends birding and my fieldwork consisted of searching for mammals in protected and unprotected ecosystems. Since threatened mammals are often elusive, nocturnal, and difficult to see, I got trained in identifying their indirect signs such as pugmarks and feces. So when I am in a forest my eyes are naturally trained to look at the path I am walking on and to look for patterns on the substrate. Looking for insects, mushrooms, lichens or flowers has been challenging as it involves training the eyes to find patterns, colors and movement hidden amidst vegetation and on fallen branches and logs. 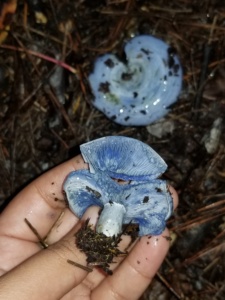 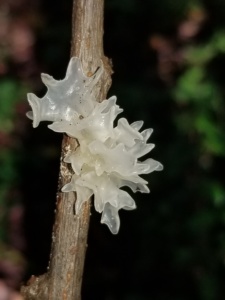 Throughout the years, transitioning more towards academia resulted in spending more hours behind computer screens, crunching numbers, analyzing field data and writing scientific journal articles. Fieldwork became specific and purposeful. At some point, this resulted in a disconnect from natural history. My hikes in Gainesville and a platform like iNaturalist for categorizing my observations have helped me reconnect to nature and find the joy I derived from being in the wilderness again. I have found the perfect balance to continue my academic work, without compromising on my natural history pursuits.

Check out blog posts from other UFBI Fellows.