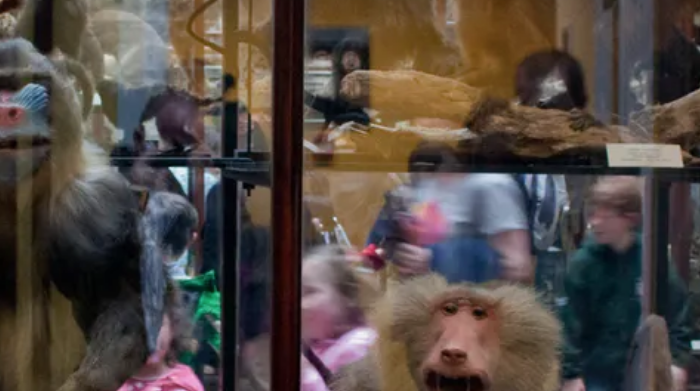 In less than 20 years, communities around the globe have been hit by a string of major disease outbreaks: SARS, MERS, Ebola, Zika and now, COVID-19. Nearly all emerging infectious diseases in humans originate from microorganisms that are harbored by wildlife and subsequently “jump,” either directly or indirectly – for example, through mosquitoes or ticks – to humans.

One factor driving the increase in zoonotic disease outbreaks is that human activities – including population growth, migration and consumption of wild animals – are leading to increased encounters with wildlife. At the same time, genetic mutations in viruses and other microbes are creating new opportunities for disease emergence.

But humans remain largely ignorant of our planet’s biodiversity and its natural ecosystems. Only two million species – about 20% of all the estimated species on Earth – have even been named In our view, this fundamental ignorance of nearly all aspects of biodiversity has resulted in an inefficient, poorly coordinated and minimally science-based response to key aspects of the COVID-19 pandemic.

We have diverse backgrounds in plant and mammal evolution and emerging infectious diseases. In a newly published commentary that we wrote with colleagues from across the U.S. and in six other countries, we identify a largely untapped resource for predicting future pandemics: natural history collections in museums around the world.

These collections preserve specimens of animals, plants and other organisms that illustrate the diversity of life on Earth. They are reservoirs of information and samples that can help scientists identify likely pathogen sources, hosts and transmission pathways. We believe that leveraging collections in this way will require more resources and more collaboration between biodiversity scientists and disease outbreak sleuths.https://www.youtube.com/embed/8ltsM-LoBGQ?wmode=transparent&start=0Sir David Attenborough explains how museum collections contribute to our understanding of the natural world.

Archives of life on Earth

Research shows that zoonotic diseases have increased due to human intrusion into animal habitats. In particular, destruction of tropical rain forests throughout the world has brought us face to face with microbes that occur naturally in wild animals and can cause disease in our own species.

Earth’s biodiversity is connected through a family tree. Viruses, bacteria and other microbes have evolved with their hosts for millions of years. As a result, a virus that resides in a wild animal host such as a bat without causing disease can be highly pathogenic when transmitted to humans. This is the case with zoonotic diseases.

Unfortunately, national responses to disease outbreaks are often based on very limited knowledge of the basic biology, or even the identity, of the pathogen and its wild host. As scientists, we believe that harnessing centuries of biological knowledge and resources from natural history collections can provide an informed road map to identify the origin and transmission of disease outbreaks.

These collections of animals, plants and fungi date back centuries and are the richest sources of information available about life on Earth. They are housed in museums ranging from the Smithsonian Institution to small colleges.

Together, the world’s natural history collections are estimated to contain more than three billion specimens, including preserved specimens of possible hosts of the coronaviruses that have led to SARS, MERS and COVID-19. They provide a powerful distribution map of our planet’s biodiversity over space and through time.

How can researchers channel these collections toward disease discovery? Each specimen – say, a species of pitcher plant from Florida or a deer mouse from arid New Mexico – is catalogued with a scientific name, a collection date and the place where it was collected, and often with other relevant information. These records underpin scientists’ understanding of where host species and their associated pathogens are found and when they occurred there.

Connecting the site of a disease outbreak to potential pathogen hosts that occur in that area can help to pinpoint likely hosts, sources of pathogens, and pathways of transmission from hosts to humans and from one human to another. These natural history collections are connected worldwide through massive online databases, so a researcher anywhere in the world can find information on potential hosts in far-off regions.

But that’s just the beginning. A preserved specimen of a rodent, a bat or any other potential host animal in a collection also carries preserved pathogens, such as coronaviruses. This means that researchers can quickly survey microbes using specimens that were collected decades or more before for an entirely different purpose. They can use this information to quickly identify a pathogen, associate it with particular wild hosts, and then reconstruct the past distributions and evolution of disease-causing microbes and hosts across geographic space.

Many collections contain frozen samples of animal specimens stored in special low-temperature freezers. These materials can be quickly surveyed for microbes and possible human pathogens using genetic analysis. Scientists can compare DNA sequences of the pathogens found in animal specimens with the disease-causing agent to identify and track pathways of transmission.

For example, museum specimens of deer mice at the University of New Mexico were key to the rapid identification of a newly discovered species of hantavirus that caused 13 deaths in the southwest United States in 1993. Subsequent studies of preserved specimens have revealed many new species and variants of hantaviruses in other rodents, shrews, moles and, recently, bats worldwide.

Natural history collections have the potential to help revolutionize studies of epidemics and pandemics. But to do this, they will need more support.

Even though they play a foundational role in biology, collections are generally underfunded and understaffed. Many of them lack recent specimens or associated frozen tissues for genetic analyses. Many regions of our planet have been poorly sampled, especially the most biodiverse countries near the tropics.

Another challenge is that natural history curators and pathobiologists who study the mechanisms of disease work in separate scientific communities and are only vaguely aware of each other’s resources, despite clear benefits for both basic and clinical research. We believe now is the time to reflect on how to leverage diverse resources and build stronger ties between natural history museums, pathobiologists and public health institutions. Collaboration will be key to our ability to predict, and perhaps forestall, future pandemics.

This story originally appeared on The Conversation.